Argelith Ceramic Tiles is proud to be a part of the new student brewery operation at Colorado State University.

In September 2018, the fermentation science and technology program at Colorado State University began brewing its first student-made batch of craft beer in the Ramskeller Brewery. The on-campus beer fermentation laboratory has a 264-gallon brewing system donated by Molson Coors – the largest housed brewing system at any university in the country.

Previously, students in the program brewed beer using home brewing equipment. The new brewery allows them to learn on the same equipment used in the brewing industry. They also learn on one of the industry's most popular floor coverings; when designing the facility, CSU decided to use Hexalith ceramic tiles by Argelith for the brewery floor.

“It is simple; we went with Argelith tiles due to their stellar reputation and recommendation from people we trust across industries,” said Jeff Callaway, associate director of fermentation science and technology at CSU.

More than half of the Top 25 craft breweries in the United States have a Hexalith brewery floor. The vitrified tiles are better suited to the harsh conditions of beer production than nearly any other type of brewery flooring, and their hexagon shape allows them to be sloped in nearly any configuration for proper drainage.

“I was originally introduced to Argelith tiles by a world-renowned brewing engineer and then when I saw them go into (two Colorado breweries) I knew it was the right choice,” Callaway continued. “I love the tiles so much that I keep one at my desk as a coaster that I can also use as a demonstration piece.”

Brewers like using Hexalith for their brewery floors because ceramic does not react to oils, acids or caustic chemicals and is naturally hygienic. A special firing process makes Argelith tiles uniformly dense, so their absorption rate is less than 0.1 percent without any need for impregnation or sealants. This density also makes Argelith tiles super strong and resilient under the extreme temperatures and heavy loads found in a brewery. 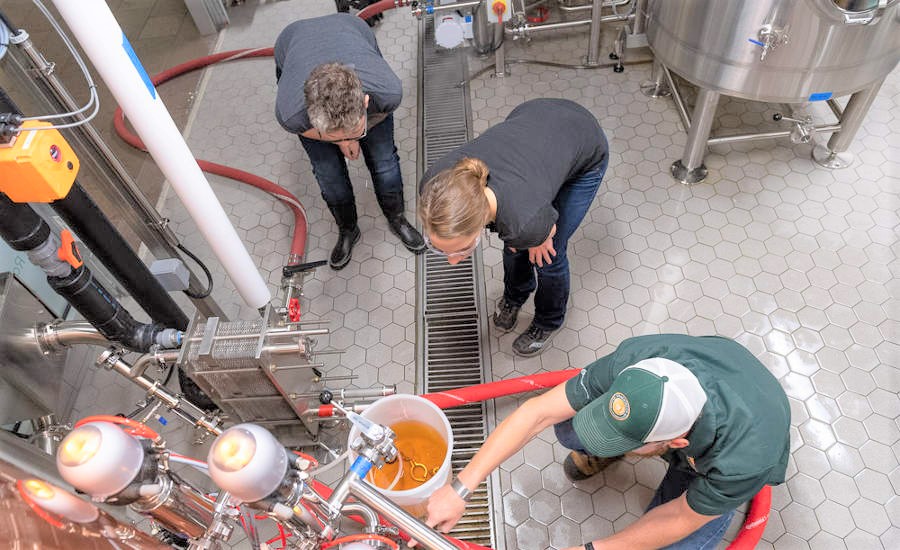